What it comes down to for me is this: Will the technologies of communication in our culture, serve to enlighten us and help us to understand one another better, or will they deceive us and keep us apart?

First off, I’m interested in what you see as “sloppy” in my I Don’t Do Slogans piece. I’m not offended—I sincerely want to know. To illustrate the importance of welcoming criticism, allow me to share the original opening line to my piece. It’s how I came up with the idea in the first place—and I had planned on tying it back in at the end, but I never did.

My Plantronics speakerphone arrived today, and at first I thought the charger cord was missing. Experience prompted me to take a closer look. So I picked up the circular speaker to examine all its sides—and lo and behold, there was the cord wrapped in a recessed coil as elegant as can be.

It got me thinking about the trench warfare I have recently witnessed. . . .

The first time I posted it, I was predictably ridiculed by someone. But his mockery for having to read my “life story” (simply for sharing a bit of background to set up where I’m going)—got me thinking. As much as I liked the opener, it wasn’t needed—and in today’s world, a page-long piece is about one page too long—so you gotta cut anywhere you can.

So because of this jerk and his utterly incurious attitude, it hit me how much better my piece would be by beginning with “I don’t do slogans.” I wrote him back to thank him for his ridicule that led to this improvement that packs a punch right out of the gate.

I told him that he can insult me all day long, but my gratitude stands.

Now, I’m gonna take a guess at what you see as “sloppy.” You don’t strike me as someone who’s going to bitch about being “burdened” with having to read something of length, as long as it has substance. Which means if I were writing you to you, I could include more nuance in my arguments. I could be wrong—and maybe there is something more to what you see as “sloppy.” But surely you understand the constraints I’m under here, and the unfortunate sacrifices that must be made to eliminate anything that isn’t absolutely essential.

In any case, I welcome your input and look forward to hearing it.

Okay, now that we’ve got that out of the way:

I’m sure that the watermelon stereotype played a role in why the media continued to use “iced tea” instead. But I’d say it had much more about the connection to the “Lean” drug. Am I saying for certain that he bought the Skittles and watermelon drink to make Lean? No, I’m saying that it’s evidence that warrants proper consideration—and we can’t do that when people purposely muddy the waters. It would never dawn on Trayvon apologists that sound consideration of racially-charged incidents would work wonders in solving some of these problems.

In objective scrutiny, you’re not simply weighing what this watermelon drink means—you’re training your mind to examine evidence on the merits. That’s an invaluable tool in the interest of justice—and can act as a shield against bullshit. But the reverse is true when you make a habit out of seizing on slogans like “armed only with Skittles”—because then you’re dulling your mind as it becomes a repository for purveyors of poppycock.

These people will put a wrench to your brain to remove it from the equation.

By the way, have you ever looked into the origin the “watermelon” connection to blacks? I never understood the connection until I read up on a bit a few years ago.

As for your second question:

The Zimmerman case is a strange one to try to defend.  The man has proven himself to be a lunatic since he was acquitted.  Maybe you can engage in a thought experiment.  Imagine all the facts of the Zimmerman case but switch the races.

It’s understandable that you assumed that “He had the greater hand in his own demise” was designed to defend Zimmerman, but my primary aim was to setup “To an apologist, he had no hand at all.”

When this incident happened, all I essentially heard was: “Unarmed teenager gets shot and killed by a man—and the former is black and the latter is not.” That’s all I know—and until I have enough information to make a judgment, nothing about race relations or stand-your ground laws enters into my mind. It’s not a denial that these factors might play a role—it’s simply that I’m not going to make any assumptions about it.

How long did you take to make up your mind on Trayvon?

“The man has proven himself to be a lunatic since he was acquitted.”

As I said in my documentary:

Zimmerman is no model citizen, but you can’t seize on his history and ignore Martin’s. And it’s nothing short of corrupt that a childlike picture of Trayvon was plastered all over the news — while Zimmerman was painted as a criminal. Even if he had been guilty — any attempt to manipulate the outcome is an affront to justice. It’s astounding how people can complain about prejudice while simultaneously practicing it.

In a post-9/11 world, any honest person would acknowledge that seeing suspicious behavior by a Middle Eastern Muslim on a plane will register differently than anyone else. It’s not fair — but human nature dictates that reality in our time. But if anyone acted on their suspicions and the Muslim took offense to what turned out to be nothing — would the misunderstood Muslim have the right to pummel the passenger for the perceived harassment?

So Zimmerman’s a jerk. Are you gonna tell me that if you were on a jury, you would only be interested in the history of the guy with the gun? I don’t think so—you strike me as being better than that.

“To an apologist, he had no hand at all”—THAT, is the mark of a mob, not citizens serving justice. If you don’t burden yourself with the demands of reasonable doubt, remember that if you’re ever unjustly on trial. Trayvon apologists are dead certain of what happened—I’m not.

When some blacks cheered for OJ’s acquittal—they could not have imagined the damage they did to their own interests (and that of the nation’s). But that crowd (including white-guilt liberals)—have had plenty of time to learn since then. Clearly, they have not. Black Lives Matter, the removal of monuments, and Kaepernick’s kneeling—rolled out the red carpet for one of the most despicable human beings in history. It doesn’t get any more counterproductive than that. Given the tight margins, there’s no way in hell that Trump becomes president without the mountain of red meat he fed his base from the bullshit that the Left handed him. Not too bright!

My argument has nothing to do with supporting a party or who should have been elected instead. My argument is that you should pursue your interests intelligently and honestly.

Maybe you can engage in a thought experiment.  Imagine all the facts of the Zimmerman case but switch the races.

I never gave any thought to race in the first place — I just looked at the facts. I don’t deal in politics, I deal in reality. And if you really want to try a thought experiment, consider the efforts of someone who’s spent serious time on human behavior, in ways that no one else ever has: https://mounteverestoftheobvious.com/documentary/prologue/

Thanks again for your questions—and feel free to ask anything else you like.

Oh, I asked you to send me a link of what you thought Trayvon looked like at the time of his death. I’m betting it wasn’t this:

P.S. Just for kicks — I included the post that prompted this piece:

Are the Good Times Really Over

Quote from book below about the above

“Shown here is a somewhat dehumanized, life-size bronze figure of a human being of no particular sex, age, race, culture, or environment. Compressed between the two wheels, it seems to present humanity as the victim of its own complicated inventions. The wheels also symbolize the blind ups and downs of fortune. The date 1965 is inscribed on the base, and the whole sad assemblage seems to say that human history and civilization have not exactly turned out as was once more hopefully expected. 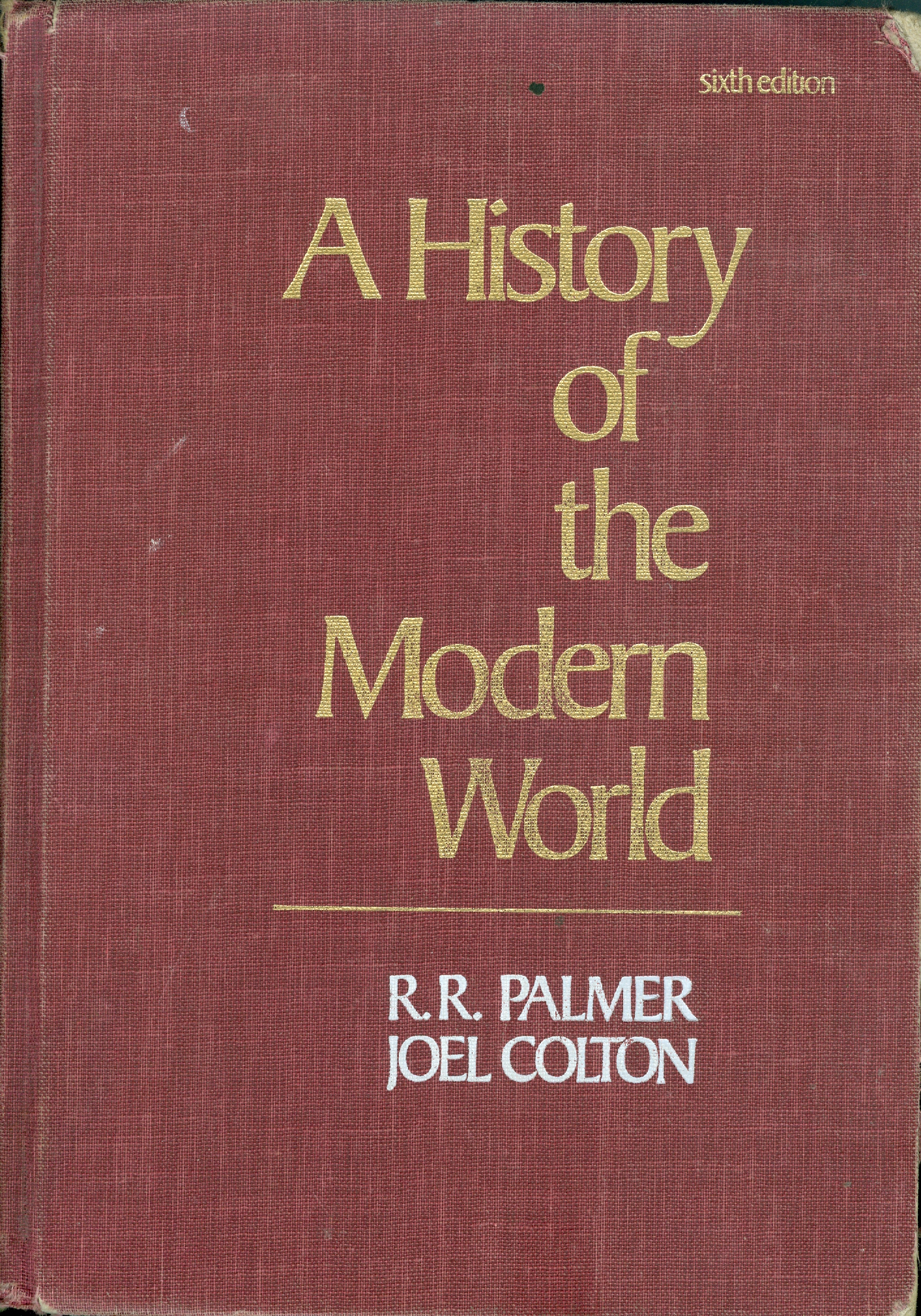 The Man In Black

The One On The Right Is On The Left

Caricature Of Our Country

Till Things Are Brighter . . .

Somewhere Down The Track

“There’s nothing that stirs my imagination like the sound of a steam locomotive — that lonesome whistle cutting through the night and that column of black smoke and steam throwing shadows across the land. When I was a boy the trains ran by my house and they carried with them a promise that somewhere down the track anything would be possible.”